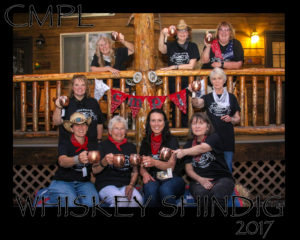 The mission of the Clearwater Memorial Public Library (CMPL) Foundation, Inc. is to raise the funds necessary to build an expansion to the existing library facility and to help maintain the physical facilities as long as the Clearwater Memorial Public Board of Trustees wishes. These funds will be used solely for the educational, cultural, and literary enhancement of the said library in order to increase the public awareness and use of the services which the institution will have to offer the community.

Prior to the formation of the CMPL Foundation, Inc., a group of volunteers formed the CMPL Friends, Inc., which was incorporated March 11, 2009 and received its amended 501c3 status June 11, 2015. Since its formation, the CMPL Friends have worked to raise enough funds to help CMP Library with equipment, materials, services, and projects that would fall outside the regular library budget. Annual fundraisers have been held since the summer of 2010, helping the library with some major needs, such as a new copier, heating and a/c system, a new telephone system, windows, secure doors, light-filtering blinds, and landscaping around the library.

It was determined in 2015 that in order to better serve the community, an expansion of physical facilities and services are needed to meet the long-reaching goals of the library and its supporters, the CMPL Board of Trustees, and the CMPL Friends. The Board of Trustees sent a letter to Jo Moore, an officer on the board of CMPL Friends, requesting that she form a foundation to help meet these goals. Jo has been responsible for the summer fundraisers held each year since 2010, and has experience serving on other not-for-profit foundations.

A great deal of contributions in different forms are needed by the CMPL Foundation, and it received its status as a 501c3 non-profit institution on February 17, 2016.